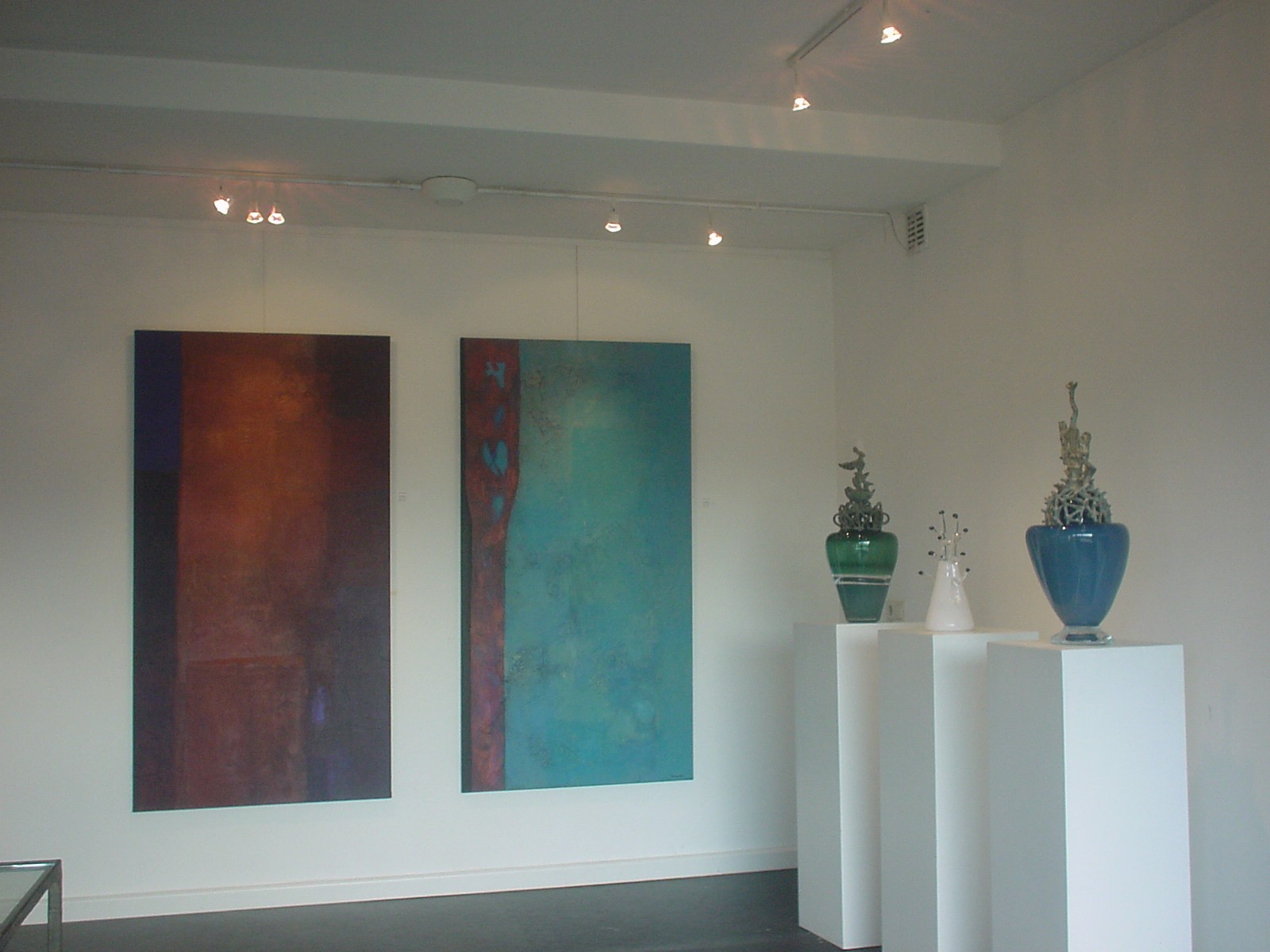 A selection of the many exhibitions of visual artist Miek Diederen.

Beesd - the Netherlands , Volvo in Arts. 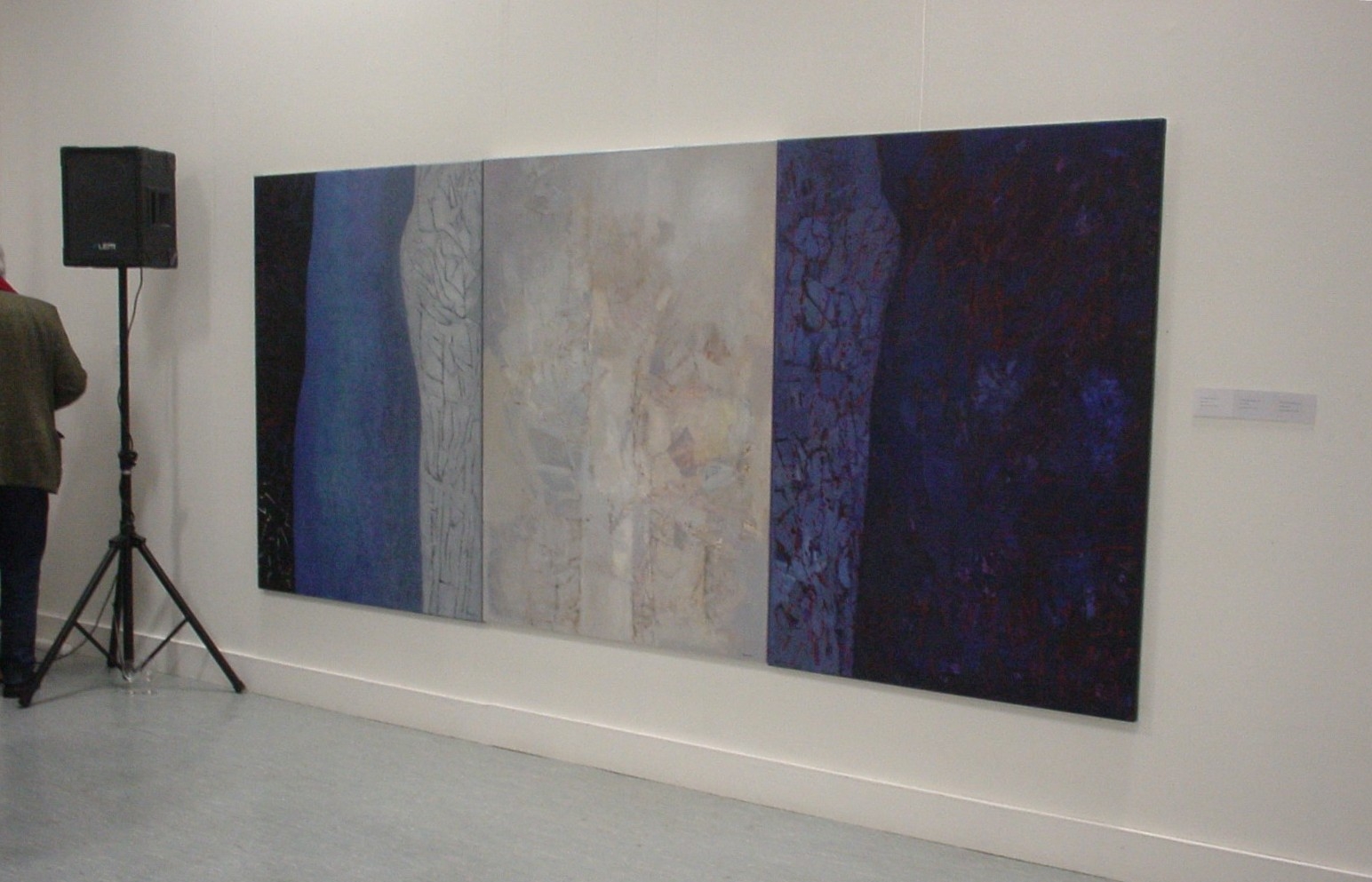 Her work sometimes includes recognisable forms, but it remains predominantly abstract. The forms often seem to grow beyond the framework of the canvas, creating a strongly suggestive spatial effect. The contrasting characters of the materials she uses play a significant role in the final result. For example she is able to create a sense of tension by using metals in combination with acrylic paint.

As she says: "it always centres on finding a balance". She finds her inspiration in the earth, in space, but above all in structures. The infinite possibilities offered by a flat surface are a constant and fascinating challenge for her. In taking on this challenge she gives form in her own way to the enormous number of visible and invisible experiences that every day has to offer.